Librarian of the Year Award 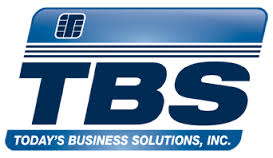 Not sure how to get started with your nomination?

Review the Criteria and Eligibility below.

This award recognizes a librarian’s distinguished service and leadership in Illinois libraries. Generally, the librarian so honored will have made an impact locally, statewide, and nationally. However, if an individual’s service is unusually outstanding on one level, then the nomination can rest on that area alone. Librarians so honored will have demonstrated a commitment to libraries, and especially Illinois libraries, which can serve as a model for others in the profession.

The eligible librarian is any professional staff member of an Illinois library. The recipient must be a personal ILA member or be employed at an institution that is an ILA member.

The nominee's contribution(s) to outstanding library service may take the form of:

The written nomination statement should support two or more of the applicable criteria. Attach any supporting documentation. Please include a list of references, rather than additional letters of support.

One or more awards may be presented.

The recipient will receive a certificate and a $500 financial award.

Please note that monetary award amounts are subject to change without notice and are contingent upon sponsor funding supplied at the time the award is presented.

The nominator’s statement of support should address all criteria under the individual awards as outlined. Nominator must submit the nomination form and attach all support statements, letters, and documentation, etc. required by the award’s criteria.

If a group, department, or organization is chosen as the award winner, the individual members of the group will be collectively recognized. If more than one individual nominates the same person, only one nominator will be invited to attend the Award Ceremony. ILA must receive all nominations by May 15.