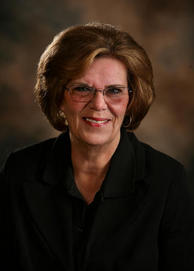 Peggy J. Danhof has served as a trustee of the Fountaindale Public Library District, Bolingbrook, for twenty-two years, from 1984 to 1988 and from 1998 to the present day. Peggy is a tireless advocate for her library. As President, she led the campaign to build a new library, with a successful referendum in February 2008. The new LEED Gold Certified building opened in 2011, with more than 96,000 square feet to serve its growing community. In addition to her work on the library board, Peggy has given generously of her time in service to the larger library community. She is an active member of United for Libraries and served as the Charter Co-President when this new Division of ALA began in 2009. She has also served as chair of several United for Libraries committees, including Leaders Orientation. She has served on the ALA/APA Library Support Staff Certification Review Committee, been a member of the Ethnic & Mulitcultural Information Exchange Roundtable, and currently serves on the ALA/Training, Orientation and Leadership Development Committee. In Illinois, she has served as a member of the ILA Advocacy Committee, the ILA Awards Committee, and the 2012 ILA Conference Program Committee. Most significantly, Peggy is a dedicated member of the Illinois Library Trustee Forum, having served as President for two terms. Under her leadership, the Forum has expanded its continuing-education offerings for library trustees. In 2010, Peggy was named Trustee of the Year by the Illinois Library Association. That same year, she was selected as the American Library Association’s Outstanding Trustee of the Year.