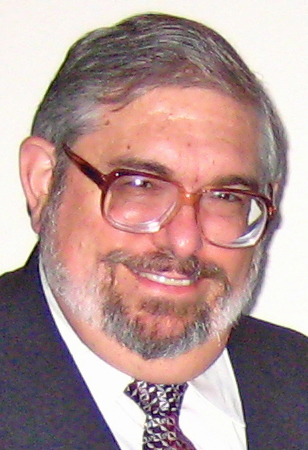 Dr. Ronald Rodgers, Treasurer of the Board of Library Trustees at the Wilmette Public Library, is the 2020 Illinois Library Association (ILA) Trustee of the Year Award Recipient. This annual citation is awarded to a public library trustee for achievement, leadership, and service to libraries.

Dr. Ronald Rodgers has served as a member of the Library Board of Trustees of the Wilmette Public Library since 1984. In addition to his current service as Treasurer, he has been in board leadership roles as President, Vice President, and Secretary and chaired the Search Committee, Finance Committee, Personnel Committee and Construction Committee. His leadership and problem-solving were instrumental in the 1986 addition to the library. Dr. Rodgers led the campaign to pass the referendum that funded 90% of the addition, and has chaired Construction Committees for four additional library expansion and renovation projects. He also helped secure over $900,000 in Illinois library construction grants. Under his leadership, the Wilmette Public Library has expanded from 25,000 square feet in 1984 to over 70,000 square feet today.

Dr. Rodgers understands the roles of trustee as well as library leadership and respects both. He ensures that library staff and community input are included in key initiatives, including the four strategic planning projects that he has facilitated or led. Dr. Rodgers’ institutional knowledge and expertise have been a stabilizing force, especially during times of new library leadership. His guidance in the levy and budgeting process have helped the library develop an adequate capital reserve and maintain high-quality services while keeping the library at 4 to 5% of local property taxes. He helped the library’s only tax rate referendum since 1984 pass easily in 2001.

Regionally, he served as Board President for the North Suburban Library System, one of the five library systems that merged in 2011 to become Reaching Across Illinois Library System (RAILS). He led NSLS to create the North Suburban Library Foundation and its Literary Circle series, which brought prominent authors to the North Shore to discuss the creative writing process. Literary Circle programs featured Amy Tan, Thomas Wolfe, Toni Morrison, Isabel Allende, Edward Albee, Norman Mailer and 13 other prominent authors. Dr. Rodgers stays informed on issues impacting libraries through his memberships in the American Library Association and Illinois Library Association. He has participated in multiple ILA and ALA legislative activities including traveling for over 25 years to Springfield and Washington, D.C. to raise the concerns of libraries of all types directly with the Senators and Representatives serving Illinois. He served two terms on the ILA Public Policy Committee which focuses on legislative matters, recommends studies on projects designed to advance the development of all types of libraries, and advocates for legislative action which advances library service for all residents of Illinois.

The Trustee of the Year Award will be presented virtually at the Awards ceremony that will be held in conjunction with the 2020 Illinois Library Association Annual Conference which will be held virtually. The award recipient will also be recognized during the Trustee Day programming during the conference.