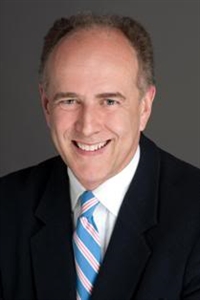 The Intellectual Freedom Round Table (IFRT) of the American Library Association (ALA) has awarded the 2018 Eli M. Oboler Memorial Award, which recognizes the best published work in the area of intellectual freedom, to Robert P. Doyle for his work "Banned Books: Defending our Freedom to Read," published in 2017 by the ALA Office for Intellectual Freedom.

"Banned Books: Defending our Freedom to Read" was selected by the Oboler Award Committee for its comprehensiveness, its ease of use, its attractive design, and its well written treatment of an integral issue in librarianship.

The Eli M. Oboler Memorial Award, which consists of $500 and a certificate, is presented for the best published work in the area of intellectual freedom for 2016-2107. The award was named for Eli M. Oboler, the extensively published Idaho State University librarian known as a champion of intellectual freedom, who demanded the dismantling of all barriers to freedom of expression. The Oboler Award has been presented biennially since 1986.

The award will be presented at the IFRT Awards Recognition & Fundraising Breakfast on Saturday, June 23, at the ALA Annual Conference in New Orleans.