This bibliography represents books challenged, restricted, removed, or banned in 2012 and 2013 as reported in the Newsletter on Intellectual Freedom from May 2012 to May 2013. (Dates prior to May 2012 indicate the controversy began earlier, but continues into 2012 or 2013.)

The Absolutely True Diary of a Part-Time Indian

Challenged at the William Monroe High School in Greene County, Va. (2012) because the book is “trash” and “covered with the F-word.” A consent form was sent to the students’ homes, and a notice that the class would be reading a mature book was posted on the teacher’s webpage as well. Among its many awards, the book is a National Book Award Finalist and a Junior Library Guild selection.

Challenged as required reading for a Page High School International Baccalaureate class and as optional reading for Advanced Placement reading courses at Grimsley High School in Guilford County, N.C. (2012) because the book is “sexually explicit, violently graphic and morally corrupt.”

Novella published in Druzhba Narodov (Friendship of the Peoples)

Burned (2013) at various locations around Azerbaijan. The novella is sympathetic to Armenians and recounts Azeri atrocities in the war between Azerbaijan and Armenia twenty years ago. Azerbaijani President Ilham Aliyev stripped the author of his title of “People’s Writer” and the pension that goes with it. A pro-government political party in Baku, Azerbaijan, announced that it will pay $12,700 to anyone who cuts off the ear of the 75-year-old novelist for portraying Azerbaijanis as savages.

Challenged, but retained at the Brentwood, Mo. Public Library (2012) despite a resident who did not like the book’s subject matter. The picture book involves a young guinea pig and her beloved uncle, who is going to marry his male partner.

A teacher at Schofield Middle School in Aiken, S.C. (2012) will not face criminal charges for reading to his students from the science-fiction book. In addition to the Card novel -- which has won several science-fiction awards and is listed on numerous children’s literature review websites as appropriate for readers twelve and older -- the teacher read excerpts from an Agatha Christie novel and a young adult novel set in the Old West, officials said. The incident came to light after the materials were characterized by one student and one parent as pornographic, according to a press release issued by the school district.

The Perks of Being a Wallflower

Challenged as an assigned reading at the Grandview Heights, Ohio High School (2012) because the book deals with drugs, alcohol, sex, homosexuality, and abuse.

Challenged, but retained in the teen section of the Helen Matthes Library in Effingham, Ill. (2013) despite concerns that the content is too explicit.

The Most Dangerous Game

Challenged at the Bromley East Charter School in Brighton, Colo. (2012) because the 1924 short story “only serves to encourage school violence.” English teachers have used it for decades to teach literary concepts like symbols and motifs.

Carter Finally Gets It

Challenged, but retained in the Broken Arrow, Okla. middle school libraries (2012) despite a parent’s complaint that it is “vulgar, vulgar, vulgar.” The book was recognized by the Young Adult Library Services Association as one of 2010’s Amazing Audiobooks.

Nickel and Dimed: On (Not) Getting By in America

Challenged, but retained on the Easton, Pa. Area High School’s Advanced Placement English reading list (2012) despite several residents and persons from outside the district calling the book “faddish,” of “no moral value,” and even “obscene.”

Like Water for Chocolate: A Novel in Monthly Installments, with Recipes, Romances, and Home Remedies

Removed from the reading list at Nampa, Idaho High School (2012) because it was considered too racy for sophomores. The book has been considered a contemporary classic in Latin American literature.

Banned as required reading for Sumner County, Tenn. schools (2012) because of “inappropriate language.” The book won the 2006 Printz award for excellence in young adult literature.

Tintin in the Congo

A Belgian court (2012) rejected a five-year-old bid by a Congolese student to have the 1946 edition of Herge’s book banned because of its racist depictions. “It is clear that neither the story, nor the fact that it has been put on sale, has a goal to … create an intimidating, hostile, degrading or humiliating environment,” the court said in its judgment. The student, who launched the campaign in 2007 to ban the book, plans to appeal.

Challenged as optional reading in the tenth-grade honors class at Troy, Pa. area schools (2012) because the novel depicts a rape in graphic detail and uses vulgar language.

Marked for removal in the Davis, Utah School District (2012) because parents might find it objectionable. The title character, a thirteen-year-old boy, writes an alphabiography—his life from A to Z--and explores issues of friendship, family, school, and the challenges of being a gay teenager.

Challenged, but retained at two Prosser, Wash. elementary school libraries (2013). Only available to fifth graders, the book is about two girls who want to unlock the secrets to being popular in middle school. One of the girls has two fathers; the other has only a mother.

Pulled, but later returned to the Brevard County, Fla. public libraries’ (2012) shelves “in response to public demand.” The racy romance trilogy is particularly popular among middle-aged women. Despite overwhelming demand and long wait lists for library copies, some other libraries across the country are refusing to acquire the book.

Challenged, but retained at the Rocklin, Calif. High School library (2012) despite a parent’s complaint that the book contained a graphic rape scene.

Removed as an option on the Enfield, Conn. school district’s ninth-grade summer reading list (2012) after a parent complained of profanity and sexual references. The graphic novel was chosen as one of the Young Adult Library Services Association’s Great Graphic Novels for Teens in 2008.

Banned (2012) because officials in Malaysia said it went against Islamic teachings and led to a raid on a bookstore in the country. Activists and others said they believe Manji’s book was banned because she is a lesbian.

500 Years of Chicano History in Pictures

Banned from the Tucson, Ariz. Unified School District (2012) along with Critical Race Theory, by Richard Delgado; Message to Aztlan, by Rodolfo Corky Gonzales; Chicano! The History of the Mexican Civil Rights Movement, by Arturo Rosales; Pedagogy of the Oppressed, by Paulo Freire; Rethinking Columbus: The Next 500 Years, edited by Bill Bigelow and Bob Peterson; and Occupied America: A History of Chicanos, by Rodolfo Acuña. In a district with over 60 percent of the students coming from Mexican-American backgrounds, the school board “dismantled its Mexican-American Studies program, packed away its offending books, shuttled its students into other classes,” according to a January 21, 2012, New York Times editorial because “it was blackmailed into doing so.” The Times referred to measures taken by Arizona Superintendent of Public Instruction John Huppenthal, who threatened to withhold millions of dollars if the school district didn’t terminate the nationally acclaimed program immediately. The superintendent has spent years crusading against ethnic studies programs that he claims are “brainwashing” children into thinking that Latinos have been victims of white oppression. On March 8, 2013, a federal court upheld most provisions of an Arizona state law used to prohibit the controversial Mexican-American Studies curriculum in Tucson. Activists plan to appeal the ruling to the U.S. Court of Appeals for the Ninth Circuit.

Banned at the Greenville County, S.C. Public Library (2012) after a patron’s teenage daughter checked it out of the library’s adult section. The teenage girl was given an adult library card, which allowed her to check out adult-themed books. The head of the library system overturned an internal review committee’s decision to retain the graphic novel because the pictures gave her pause.

Challenged, but retained as a text in Salem, Mich. High School Advanced Placement English courses (2012). The complainants cited the allegedly obscene nature of some passages in the book and asked that it be removed from the curriculum. District officials determined the novel was appropriate for the age and maturity level of Advanced Placement students. In reviewing the novel, the committee also considered the accuracy of the material, the objectivity of the material, and the necessity of using the material in light of the curriculum. Challenged at the Fairfax County, Va. schools (2013) because a parent complained that the book “depicts scenes of bestiality, gang rape, and an infant’s gruesome murder.” The novel won the Pulitzer Prize for fiction in 1988. 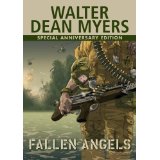 Challenged on the Danbury Middle School reading list in Toledo, Ohio (2013) because of inappropriate language. The book depicts the reality of the Vietnam War, with sometimes gruesome descriptions of combat and frequent foul language from soldiers. 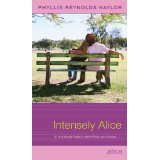 Muslim Women and the Challenges of Islamic Extremism

Banned by the Malaysian Ministry of Home Affairs (2008) on the grounds that it was “prejudicial to public order” and that it could confuse Muslims, particularly Muslim women. The Malaysian High Court overturned the ban on January 25, 2010, and on March 14, 2013, the Federal Court threw out the government’s appeal to reinstate the ban.

Banned from an Erie, Ill. elementary school’s shelves (2012) because of a line that reads, “some families have two moms or two dads.” The district also banned everything furnished by GLSEN (Gay, Lesbian and Straight Education Network), including learning materials and various programs aimed at preventing bullying.

A Child Called It

Challenged at the Housel Middle School in Prosser, Wash. (2013) because the autobiography provides graphic depiction of child abuse. Middle-school students had to have parental permission to check out the book.

The Body of Christopher Creed

Challenged, but retained in the Appleton, Wis. Area School District (2012), despite the book’s references to suicide and sex. Other titles also considered inappropriate by the local parent group, Valley School Watch, include Catcher in the Rye and The House on Mango Street. The reading list for the group’s ideal alternate class would contain books with no profanity, obscenity, or sexual material.

In Our Mothers’ House

Removed from the shelves of elementary school libraries in Davis County, Utah (2012) after a group of parents raised objections about the suitability of the story. It remained available only if a student presented a permission slip from a parent to check out the book. A parent then sued the Davis School District in November 2012 alleging her children’s First Amendment rights were violated by the book’s removal. On January 15, 2013, the book was reinstated without restrictions and the school district agreed to pay $15,000 in attorneys’ fees for the lawsuit brought by the American Civil Liberties Union (ACLU).

Marked for removal in the Davis, Utah School District (2012) because parents might find it objectionable.

Persepolis: The Story of a Childhood

Removed, via a district directive, from all Chicago, Ill. public schools (2013) due to “graphic illustrations and language” and concerns about “developmental preparedness” and “student readiness.” Seventh- and eleventh-grade students study the graphic novel about the author’s experience growing up in Iran during the Iranian revolution as part of Chicago Public Schools’ Literacy Content Framework. As the news spread of the directive, students mobilized a media campaign in opposition to “banning a book that’s all about the freedom of speech.” Students took to their Facebook and Twitter accounts, checked out all library copies of the book, wrote blogs, sent e-mails, wrote investigative articles for the student newspaper, contacted the author, staged protests, and appeared on local radio and television programs. Eventually, the school issued a letter telling high school principals to disregard the earlier order to pull the book.

Romeo and Juliet (No Fear Shakespeare)

Some parents in Liberty, S. C. (2012) are furious about the book their kids are reading in middle school. They say it’s too mature for their kids because of the sex. The book in question is an easy-to-read version of Shakespeare’s Romeo and Juliet.

Removed from the Emmaus, Pa. High School ninth-grade summer reading list (2012) because the story of a girl from Indiana who goes to a boarding school in New England was “too mature for ninth graders.” Instead, it was added to the twelfth-grade Advanced Placement reading list.

Challenged as a text in Salem, Mich. High School Advanced Placement English courses (2012) due to the book’s sexual content. Superintendent Jeremy Hughes immediately pulled the book, but later decided to put the book through the district’s review process. The book was reviewed and retained.